today is candlemas, the time of year when a church might perform a little ritual of blessing over the candles that it will use in the upcoming twelve months.

maybe in literally-darker times, it's a day that carried a little more significance.

still in the world of church stuff, it's also a day when the presentation of the infant christ in the temple is remembered and celebrated. that's when simeon and the prophetess anna recognised him as the future messiah - you may know simeon's song better as the 'nunc dimitis'...


a while back, leeds church institute asked me to think about creating something narrative for candlemas - something that riffed on the themes of that biblical story, but which also explored life as it's lived in the city here today; and which also examined ideas around rememberance and remembering...


'abide with me' is the result of that commission - three connected comics which tell the story of an adult son visiting his parents, but from different perspectives.

someone asked me if it's a sequel to 'how to disappear completely' and i guess that it isn't, not really. it's much wordier, for staters, and there's more of a defined storyline in it [at least, i think that there is]
but it does occupy the same world as that earlier comic, and, as with HTCD, i've tried to layer in a lot of ideas and connections and references. so i'm hoping that it'll reward repeated readings and that folk will find their own meanings and interpretations within it.

you can buy a set of the three comics here for the bargain earlybird price of just a fiver [plus p&p]
and they'll soon be available at the ever-wonderful ok comics too...

work in progress from the super secret project. don't tell anyone. shhh. 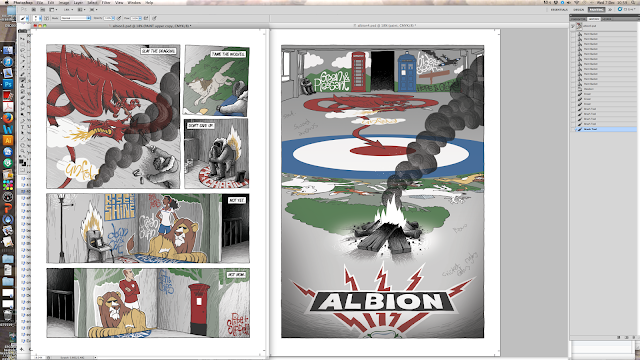 it tells the story of the black civil rights movement in the usa, from the first hand perspective of sen. lewis.
it's an often brutal, but inspiring story - i was a bit ashamed that i didn't know more about the history of the movement, and shocked that such appalling injustice was routinely condoned so recently - some of the events retold happened in my lifetime.
the narrative concludes with the inauguration of barack obama - a hopeful conclusion. if you've not read the books, i'd urge you to seek them out, they're really good.

then a few days ago, alvin hall was on the bbc. he was talking about the rhetoric spouted by donald trump, and about how, if you were a person of colour, or a member of a minority group, there's a there's a chilling and unmissable subtext to that language.

so when trump talks about making america "great again", i'm wondering if the golden age that he's harking back to is that segregated age... or at least if that's what great chunks of his support are hoping for. he has the backing of the kkk for starters.


and that's got me thinking about the michael rosen poem that's been doing the rounds...

'I sometimes fear that
people think that fascism arrives in fancy dress
worn by grotesques and monsters
as played out in endless re-runs of the Nazis.

Fascism arrives as your friend.
It will restore your honour,
make you feel proud,
protect your house,
give you a job,
clean up the neighbourhood,
remind you of how great you once were,
clear out the venal and the corrupt,
remove anything you feel is unlike you…
It doesn’t walk in saying,
“Our programme means militias, mass imprisonments, transportations, war and persecution." '

and even if he doesn't turn out to be a fascist demagogue, america has still elected a temperamentally unstable, tax-evading, draft-dodging, philandering, lying, narcissistic, racist, misogynist, sex pest as their commander-in-chief.

and of course we'll be sending boris johnson over there to do business with him.

all very depressing.
Posted by si smith at 10:05 AM No comments: 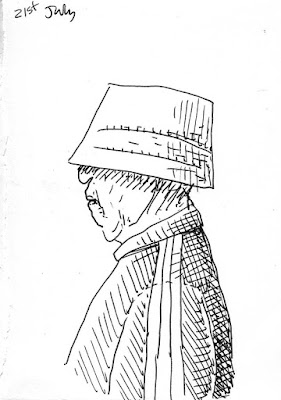 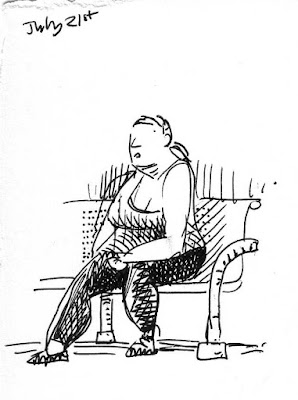 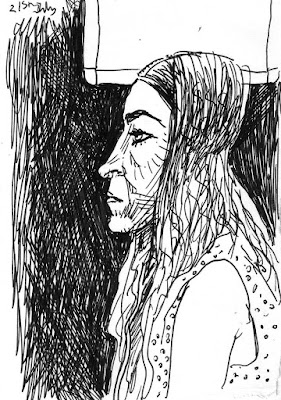 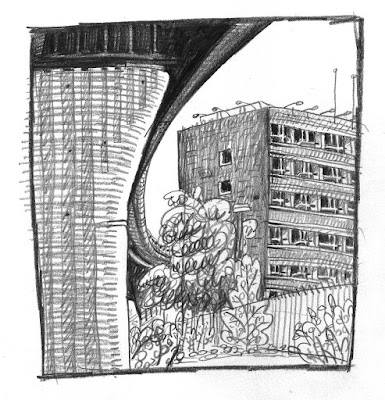 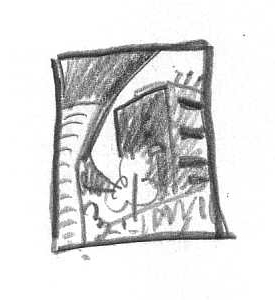 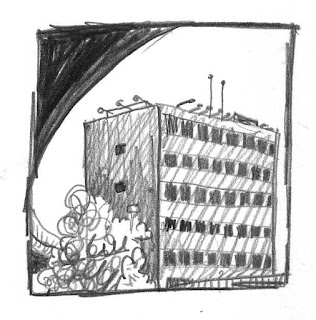 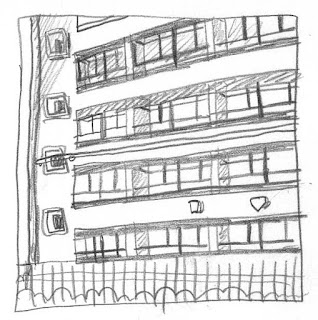 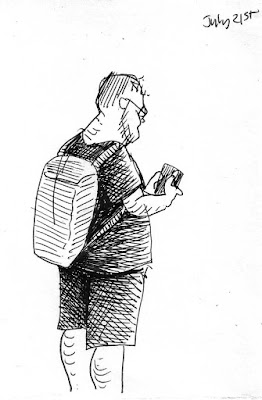 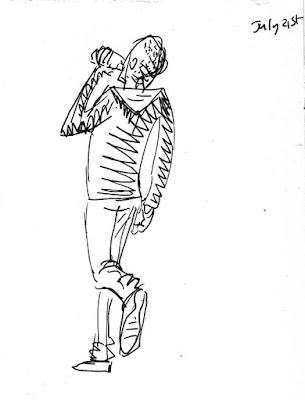 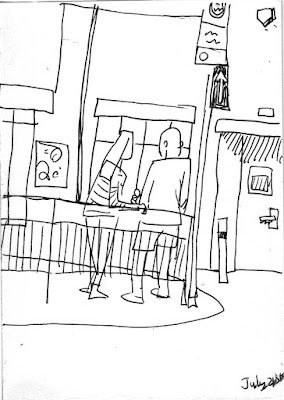 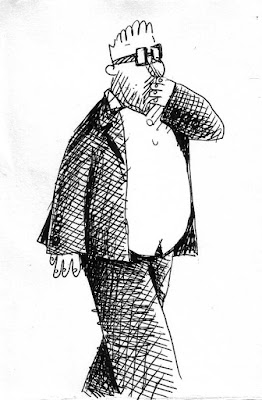 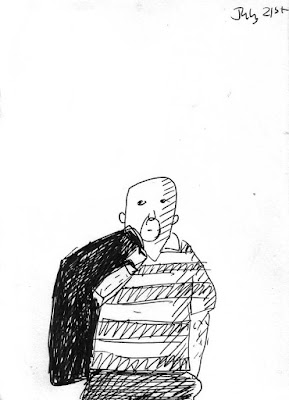 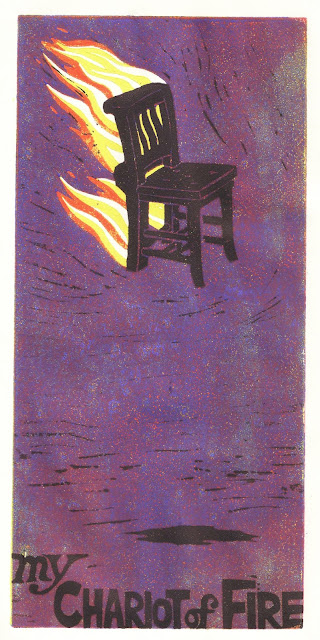 as promised, here's a scan of the finished print that i was hinting at in that last post...

i made 29 of these, and they vary a lot in quality - they're effectively preparatory pieces for a 'proper', finished design which i'll try to get stuck into this week...
i'll keep a couple, but the rest are just hanging around cluttering up the place, so if you'd like one, just drop me an email - si(at)simonsmithillustrator(dot)co(dot)uk - with your address and i'll stick one in the post... first come first served :-)

the work is being made for a group show which i'll soon be curating up here in a local church - there's a blog here - http://anddidthosefeetexhibition.blogspot.co.uk/ - if you fancy a look :-)
Posted by si smith at 2:18 AM No comments: 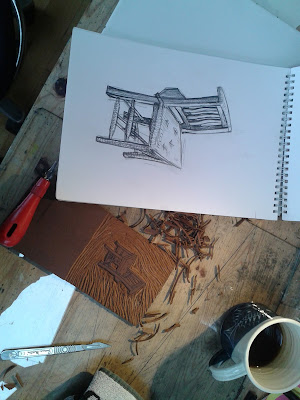 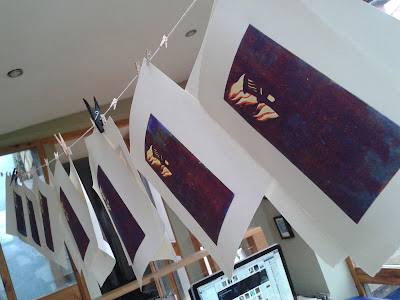 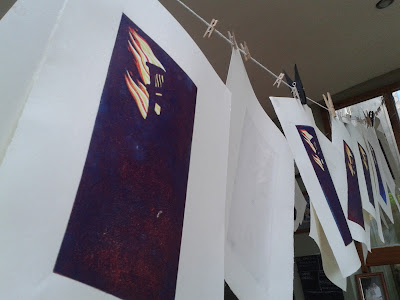 So here's some images of a thing that I'm working on at the mo...

It's for a show exploring Blake's 'Jerusalem' (the popular hymn, as opposed to the long form poem) which I'm curating...*

I'm thinking about some of the elements of the text of that song, and have got hooked up on  the line about "my chariot of fire"...

These four colour reduction prints feature a chair from St. Edmund's, the local anglican church who are hosting the exhibition...

I'll post a image of the finished print once the final colour (black) has dried properly and i can scan it...


*(more information about that in the coming months)
Posted by si smith at 12:43 PM No comments: