i posted a while back about an advent-themed exhibition at leftbank leeds.

well now it's really starting to come together and i'm getting quite excited about it - there are some great people on board and promising work; i've just added some more info to the blog that i set up for the show so you can begin to see what i'm getting all enthused about...

go have a look and feel free to bookmark the site so you can keep bobbing back to see what developing. i'm hoping to update the blog there with information about the contributing artists every week or so...
Posted by at 3:18 AM No comments:

been meaning to blog these blog meme-y things for a while [and i won't be posting much for the next few weeks, so maybe it's a good 'holding' thing to stick up here, just to keep the thing ticking over...]

the first five tracks that my iTunes - set to shuffle - selected for me this morning...

[that could have been a whole lot worse - since eddie got an ipod for his birthday there's a lot of fightstar, my chemical romance and recent oasis cropping up on my iTunes...]


the five most-played tracks on my iTunes...

your english is good by tokyo police club
either way by the twang
how long by clamateur vs steve lawson
bill is dead by the fall
myopic books by american music club
Posted by at 4:44 AM 1 comment: 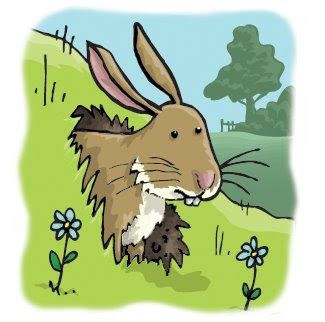 [originally, these were vector images; hand-drawn and scanned, then coloured up in Illustrator, hence the little pixelated bits in these lower resolution versions...]
Posted by at 11:04 AM No comments: 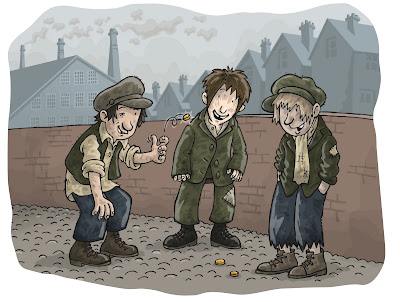 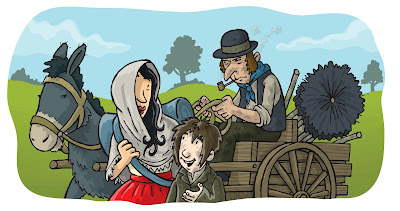 later in the year i'll be curating an advent art exhibition at leftbank leeds, a beautiful old church on the outskirts of the city that fell into disuse and is now being lovingly nursed back into life as a community arts space.

the idea for the exhibition is not a huge departure from the walk-through-advent-calendar that we've done in the past, except that this is definitely an art show, and not set up as a worship event. but there will be twenty-five different bits of work there, each created by a different artist, designer or arts group, and each one relating to a different character, place or 'thing' from the advent narrative.
today i had the fourteenth contributor confirm their involvement, so it's shaping up nicely [ and now i'm confident enough to start posting about it here :-) ]

there's a bloggy thing that i've set up to plot the progress of the show and to allow folk to see how everything is developing - i have this idea that the contributing artists and art groups will be able to post images [and video even] of their work as it comes together, which will hopefully generate some interest and a bit of a communal buzz around the exhibition...

there's not much on the blog right now, but feel free to bookmark it and check back occasionally to see how things are coming together...
Posted by at 7:53 AM No comments:

on the desk this week... 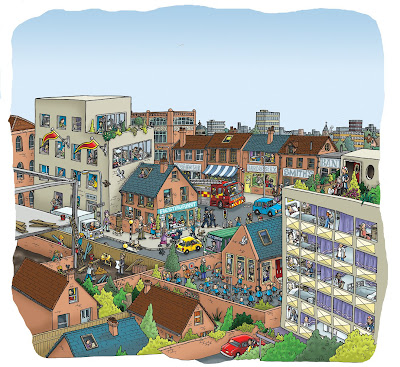 this is the coloured-up version of the rough that i posted a week or so back. it took me ages - the best part of a day to ink up, and two days to colour...

and this is a rough from a batch that i've been doing for yet another educational thing - some interactive software this time...
Posted by at 7:43 AM No comments: