on the telly. sort of.


some of my artwork has ended up dressing a set in a sitcom on sky living.

the story of how my work actually ended up there is a bit unlikely, and involves ok comics, and a very nice bloke who used to work there but is now in tv production...

so we've been excitedly watching the show every week in anticipation of my stuff cropping up, and then, at last, there it was, in episode 5. i was the only one who could actually identify it at first, and i have taken a fair amount of abuse from the family as they pressed their noses to the screen trying to make it out.
but i don't care.
it's on the telly :-) 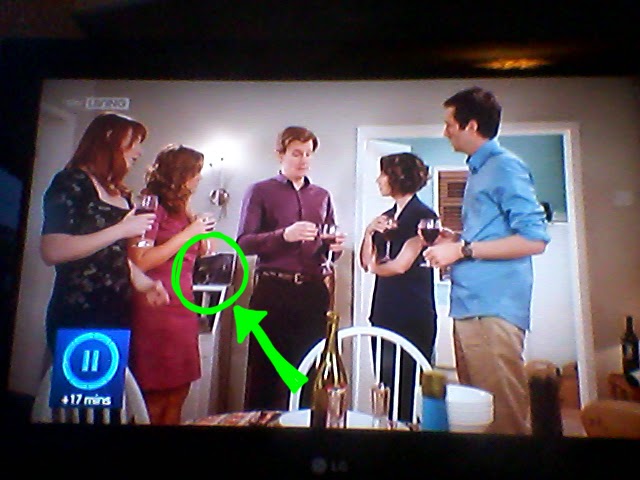 [and the production company have given me a load of ok comics vouchers to spend as a 'thank you'. result!]
Posted by at 2:23 PM No comments: